Cape Town, also called The Mother City, is known as one of the most diverse and exciting cities in the world. This amazing city offers diverse culture, divine cuisine, and exciting activities for everyone to enjoy, whether visiting Cape Town as a family, a couple, a group of friends, or simply as a solo traveller.

It comes as no surprise that The Mother City has been voted as the best city in the world by the Telegraph Travel Awards for four years. Cape Town Safaris offers tourists and locals the opportunity to select from fantastic tours throughout Cape Town. Below is a list of some of Cape Town’s most breathtaking and interesting locations that simply must be seen during your stay in the Mother City. Visits to these locations can easily be arranged by Cape Town Safaris. 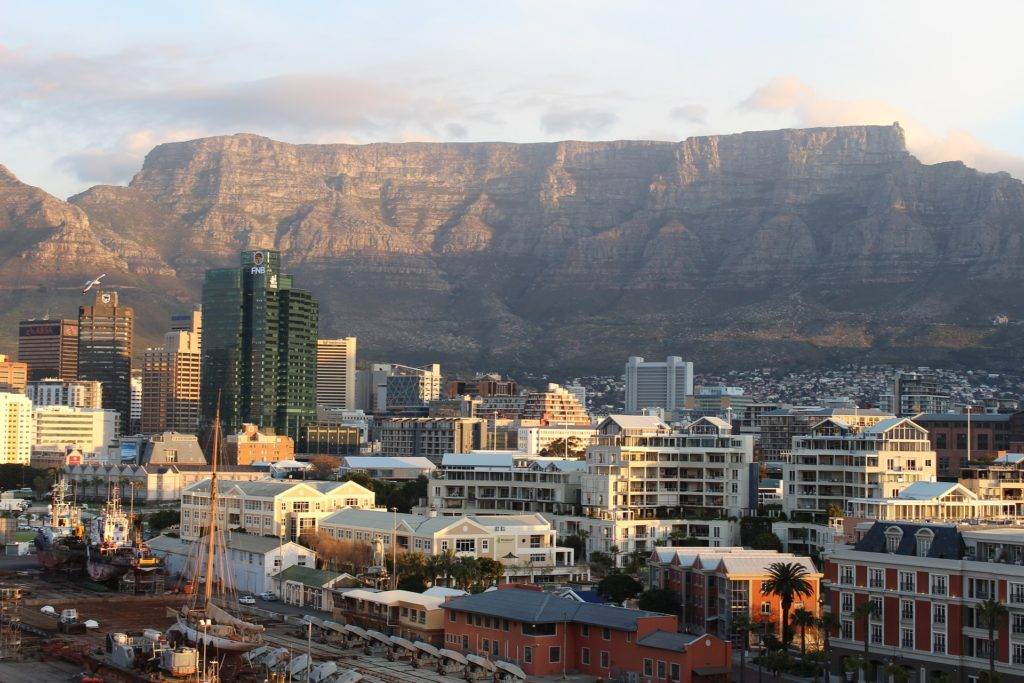 This historical masterpiece was completed in 1905 and the entire construction took five years. Situated across the Grand Parade square of Cape Town, City Hall was originally built as the city’s administration centre. The Italian Renaissance style building is most famous for its historical significance. On the balcony of this stunning building, Nelson Mandela addressed over 100,000 jubilant citizens a few hours after he was released from prison. City Hall has played an important role as the stage for the beginning of Nelson Mandela’s presidential career and hosts a permanent exhibition dedicated to the Nobel Peace Prize winner.

During the day, you can explore City Hall and experience the beauty of its mosaic windows and the impressive 3,165 pipe organ. At night, the building becomes a central hub of entertainment with regular music concerts performed inside. City Hall is home to the Cape Philharmonic Orchestra who play at the venue on a regular basis. It is, therefore, a fantastic location to absorb the history and culture of Cape Town, whether visiting during the day or enjoying a concert during the night. Experience the beautiful City Hall during a Cape Town half day trip with Cape Town Safaris. 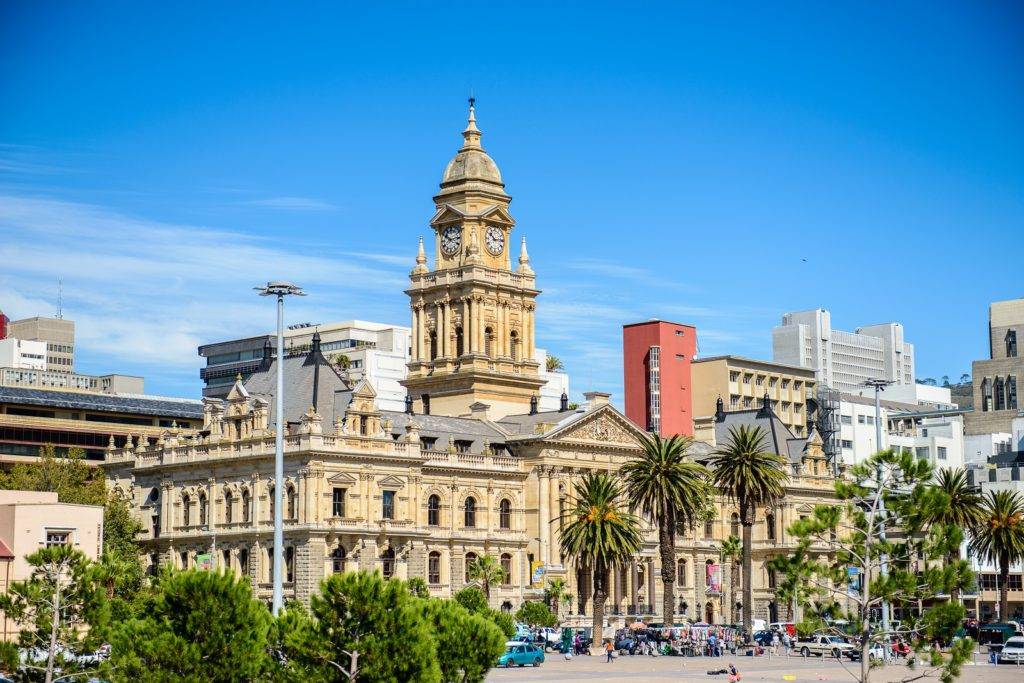 The Company Gardens were built as part of Jan van Riebeek’s mandate to find and cultivate fertile land for a garden that would provide fruit and vegetables to passing ships. The settlement that is now Cape Town was originally intended as a refreshment station for the European ships on their way to trade in the East Indies.

Now the Company Gardens have become a beautiful public park that contains more than 8,000 different plant species. The Company Gardens is also home to historic buildings, museums, places of worship, and an art gallery, making it not only a location for fantastic flower viewing, but also a great spot for discovering more of South Africa and Cape Town’s culture and rich history. 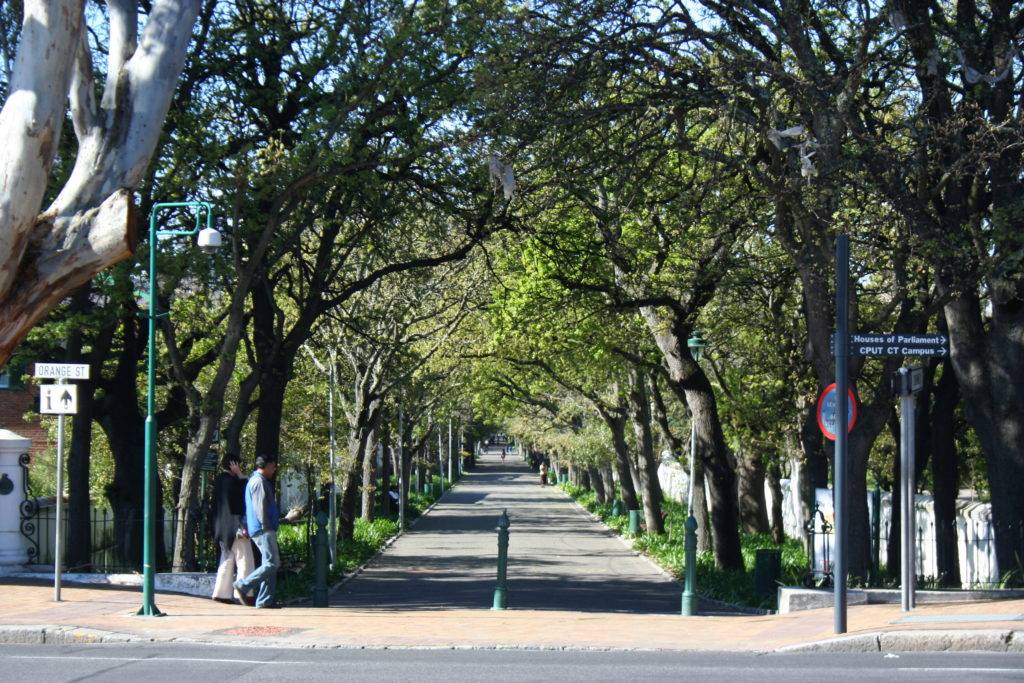 The Castle of Good Hope is known as South Africa’s oldest remaining colonial building. The castle was built in 1666 and is still structurally strong today. Visitors can partake in tours at the Castle of Good Hope from Monday till Saturday from 9AM until 4PM and during the week one can also witness the changing of the guards at midday.

Inside the walls of the castle lies a church, bakery, living quarters, offices, prison cells and numerous other facilities. The castle was used as the centre of civilian, political and military life in the Cape. Guided tours through the castle are a must do for any visitor in the Mother City. Receive a better understanding of how Cape Town used to operate with a visit to the heart of the Mother City, The Castle of Good Hope. 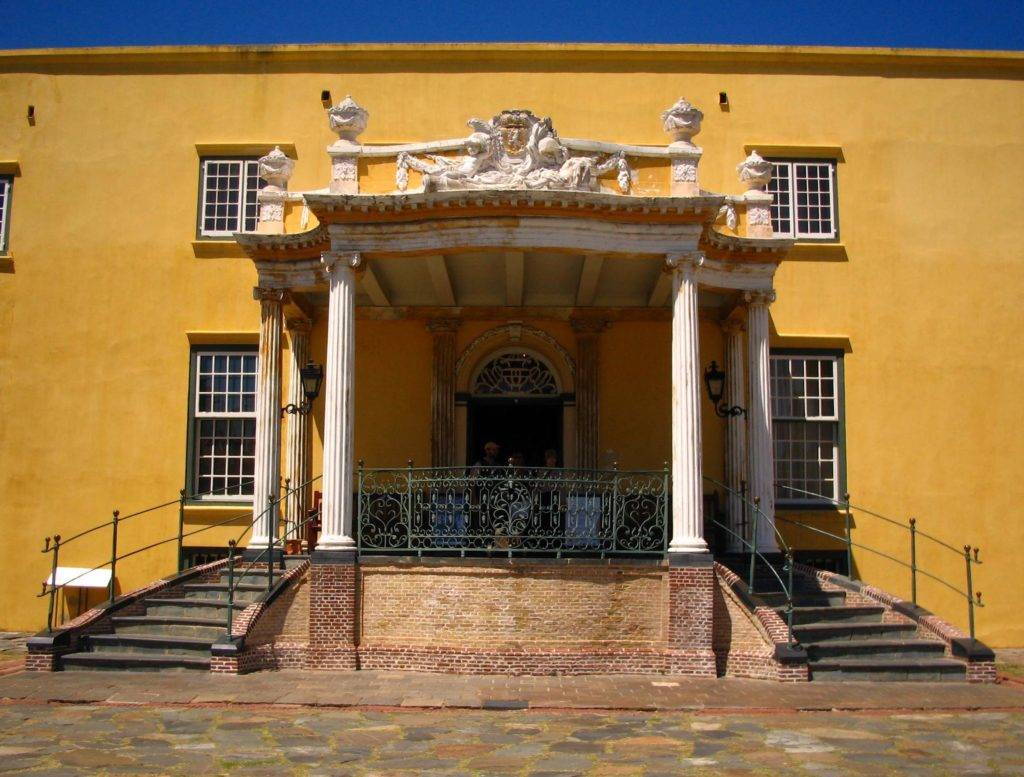 For those who love the rich cultures of Cape Town and want to take a piece of it home, Greenmarket Square is the place to go. Here you can purchase traditional African clothing, jewelry, crafts and much more. The square was originally built in 1696 and became an area for trade amongst passing ships that stopped in Cape Town. Produce that was grown from the Company Gardens during the time of Dutch colonialism was sold at Greenmarket Square. It has since become a thriving social and shopping location for all to enjoy. 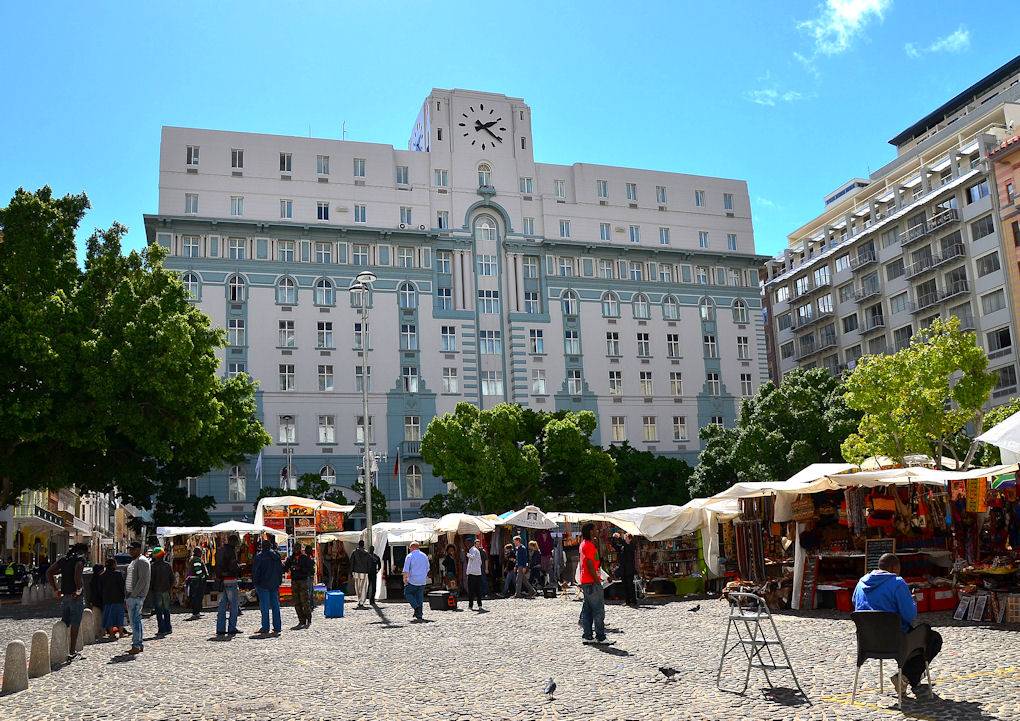 Cape Town city life is a major draw card for any visitor to the Mother City, but sometimes a break is needed from the hustle and bustle of the city. The route to Cape Point is the perfect escape towards the natural landscape on the outskirts of Cape Town. Travel along the Atlantic seaboard and discover beautiful neighbourhoods such as Clifton, Camps Bay, and Hout Bay. On weekends you can experience the lively Hout Bay market on the way to Cape Point via Chapman’s Peak Drive. The market offers a wide variety of delicious artisanal food and beautiful products such as clothing, jewellery and much more.

Another must-see small town on the Cape Point route is Simon’s Town. This small Victorian harbour town is a great location to simply relax and enjoy the local lifestyle of the people in the Cape. Boulders Beach just outside Simon’s Town is home to a large colony of penguins that can be viewed from the beach. A Cape Point tour with Cape Town Safaris is the perfect option for anyone who wants to experience the peripheries of the Cape with its stunning neighbourhoods, quirky shops and world-class cuisine. 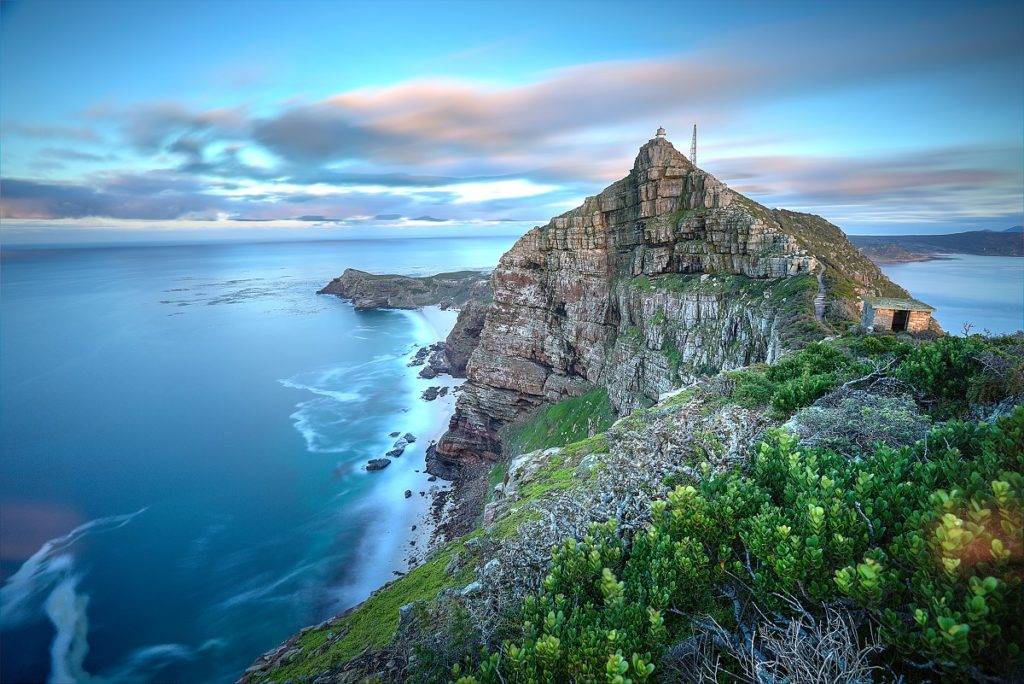 The V&A Waterfront was originally built as a small jetty for passing ships and has expanded at an impressive rate ever since. V&A is for Victoria and Alfred, the British Queen and her son. The Alfred Basin was built first and protected ships that stayed overnight in Cape Town. The second basin, the Victoria Basin, was then built 35 years later due to the popularity of the Waterfront as a stopping point for Dutch ships. Today these two basins are still used as docking areas for boats of all types.

Primarily, the V&A Waterfront is known as a fantastic shopping location with some of Cape Town’s most glamorous shops and restaurants to be found here. There are many more activities to partake in at the V&A Waterfront, such as helicopter tours, boat trips and a trip to the infamous Robben Island where Nelson Mandela was imprisoned. Whether you want to experience a historical working harbour, shop till you drop or simply relax with delicious cuisine, the V&A Waterfront is the place to be. 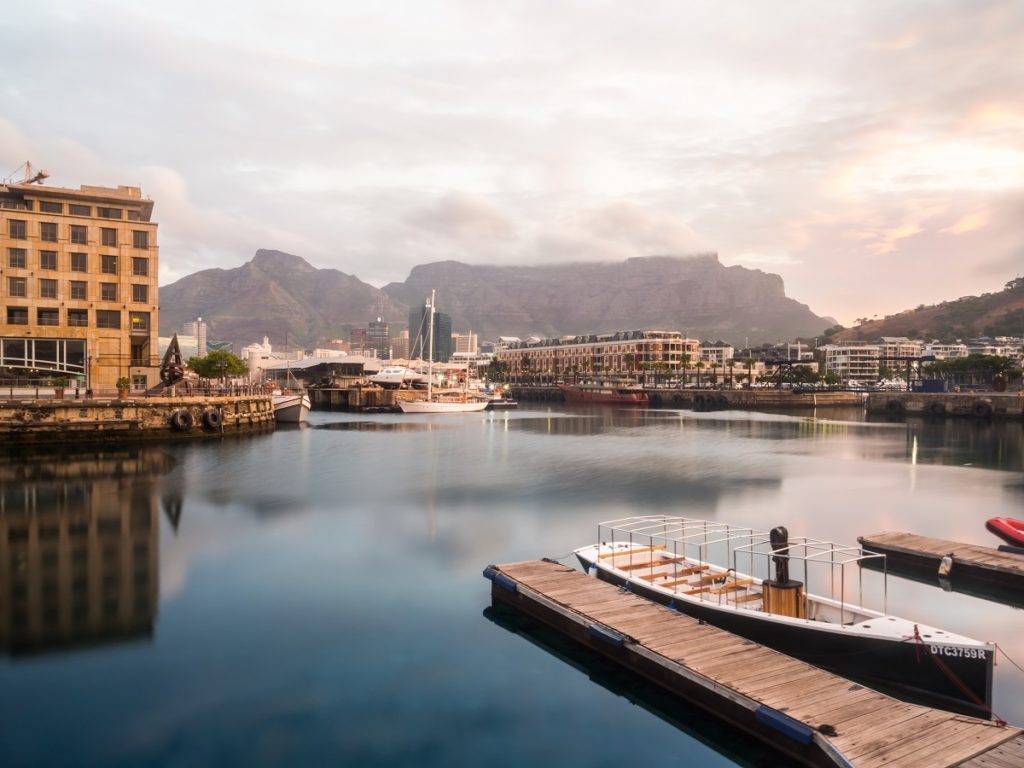 An absolute must-see and do in Cape Town for any visitor to the Mother City. The mountain that dominates Cape Town’s skyline, Table Mountain, is one of the oldest mountains in the world with some of the rocks on the mountain identified as around 600 million years old. It stretches 60KM in length and is named as one of the Seven Natural Wonders of the World due to its unique “table” shape as well as the incredibly diverse and endemic biodome occurring on the mountain and its slopes, making it an obvious tourist attraction.

For the avid adventurer, the option of a guided hike up Table Mountain is available with Cape Town Safaris. This is, however, not the easiest route and is recommended for people who have some level of fitness. The hike allows you to witness some of Cape Town’s most beautiful flowers and the completion of the challenge is quite a satisfactory one! For those who are less willing to take on the physical exertion of a hike up Table Mountain, there is the option of the revolving cable car. The top of Table Mountain boasts some of the most breathtaking views of the Mother City and a restaurant at the top with free Wifi allows you to share your stunning pictures while enjoying a meal with a view. 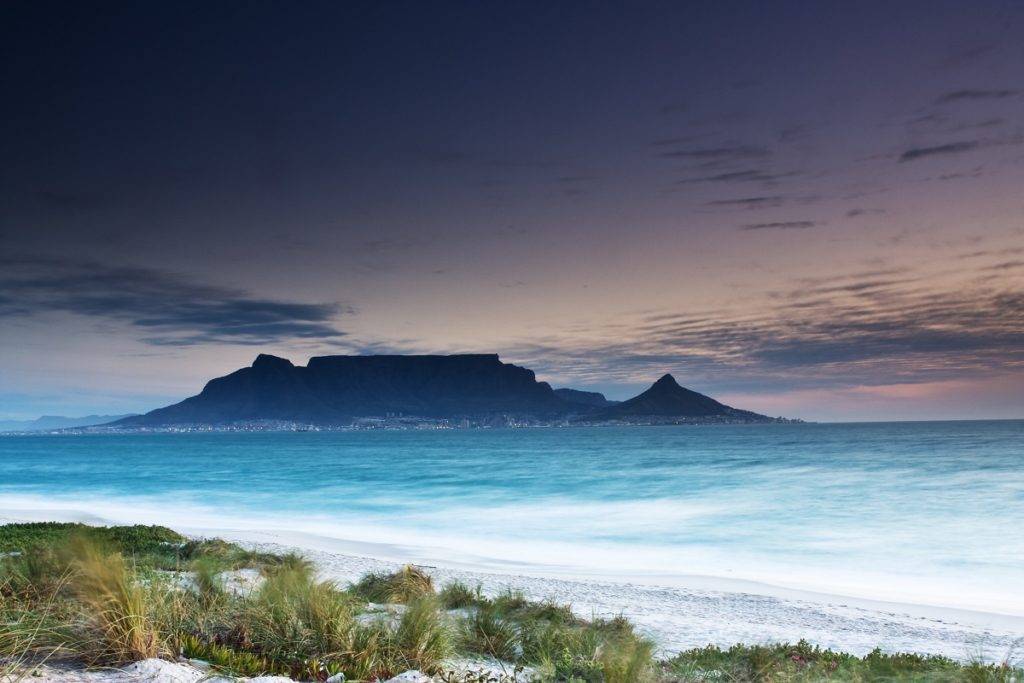