Cape Town is known for its beautiful beaches and beautiful people. In the summer months cosmopolitan travellers from around the world flock to its shores to sunbathe on the sand and frolic in the waves. Many beach bums that travel the world to maintain their golden glow have abandoned tan lines and prefer to bask topless in the sun’s rays. While this is not exactly a common custom in South Africa there are some beaches where it is possible to bare (almost) all. Read the list below to find the best beaches for topless tanning.

Clifton has a bit of a reputation for glitz and glamour seeing as some of the world’s most expensive properties are housed on the seafront. Consistently voted one of the most beautiful beaches in the world it is a place to see and be seen. Besides being the most beautiful beach it is also the most sheltered from Cape Town’s notorious wind, making it popular with Capetonians as well as the international jet set. While it is not necessarily classified as a topless beach, because of its cosmopolitan culture going topless will hardly cause anyone to bat an eye.

Outdoor showers, a kiosk with snacks, and umbrellas and sun lounger rentals and some other facilities are available from Clifton Fourth. Parking can be limited in summer, so be sure to arrive early.

Llandudno is a bit of a local secret seeing as there are no shops or cafes in the neighbourhood and not much parking either. However, this beach is usually less crowded than popular Clifton and Camps Bay which means you can easily find a spot to tan topless without feeling like all eyes are on you. It’s a very laid back beach popular with surfers and you could easily spend the whole day here letting the sun’s glow caress your skin while you read a book or magazine and have the occasional dip in the rather icy waters.

Cape Town’s only official nudist beach is Sandy Bay. This beautiful, slightly secluded beach is a bit out of the way but well worth the excursion. The beach is just past Llandudno which is in between Camps Bay and Hout Bay. To get to the beach it’s a 20 minute walk from the parking lot or a scramble over the rocks from Llandudno. As it is Cape Town’s only official nudist beach you can comfortably go topless and even bottomless, just remember your sunscreen! 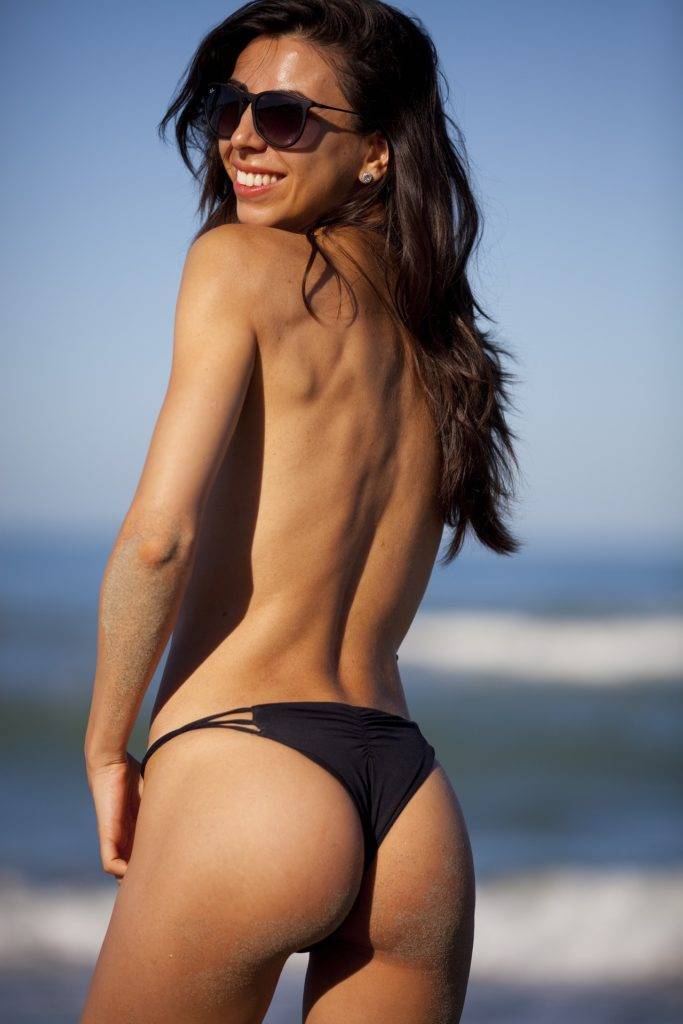